One of the world’s finest collections, consisting of 200 masterpieces of Impressionist and contemporary art, has traveled outside Russia for the first time since its creation in the 1990s in almost its entirety for a temporary exhibition. 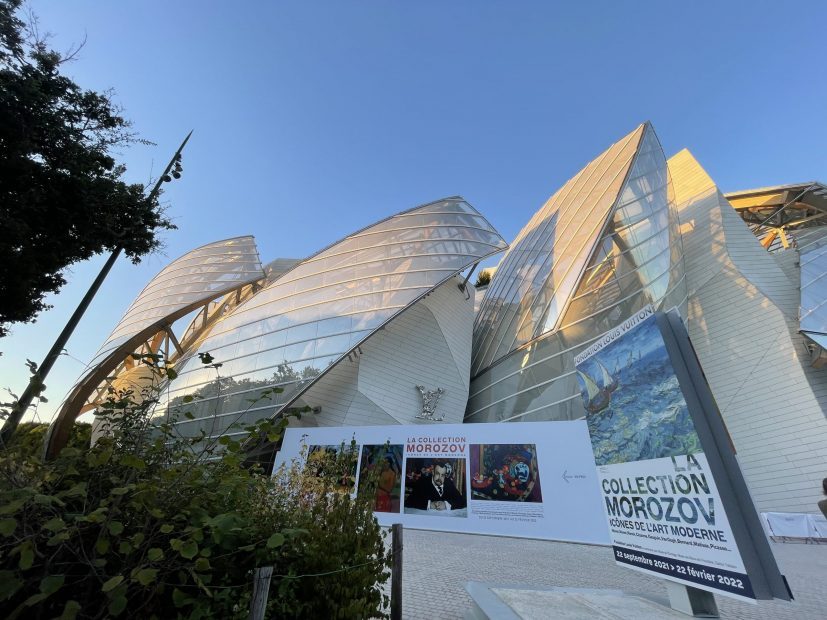 It is a stunning collection. This is the second exhibition of Russian collectors of French art in Paris.

Portrait of Jeanne Samarie Renoir, an actress at the Comédie Française theatre. Renoir painted a total of 4 portraits for her 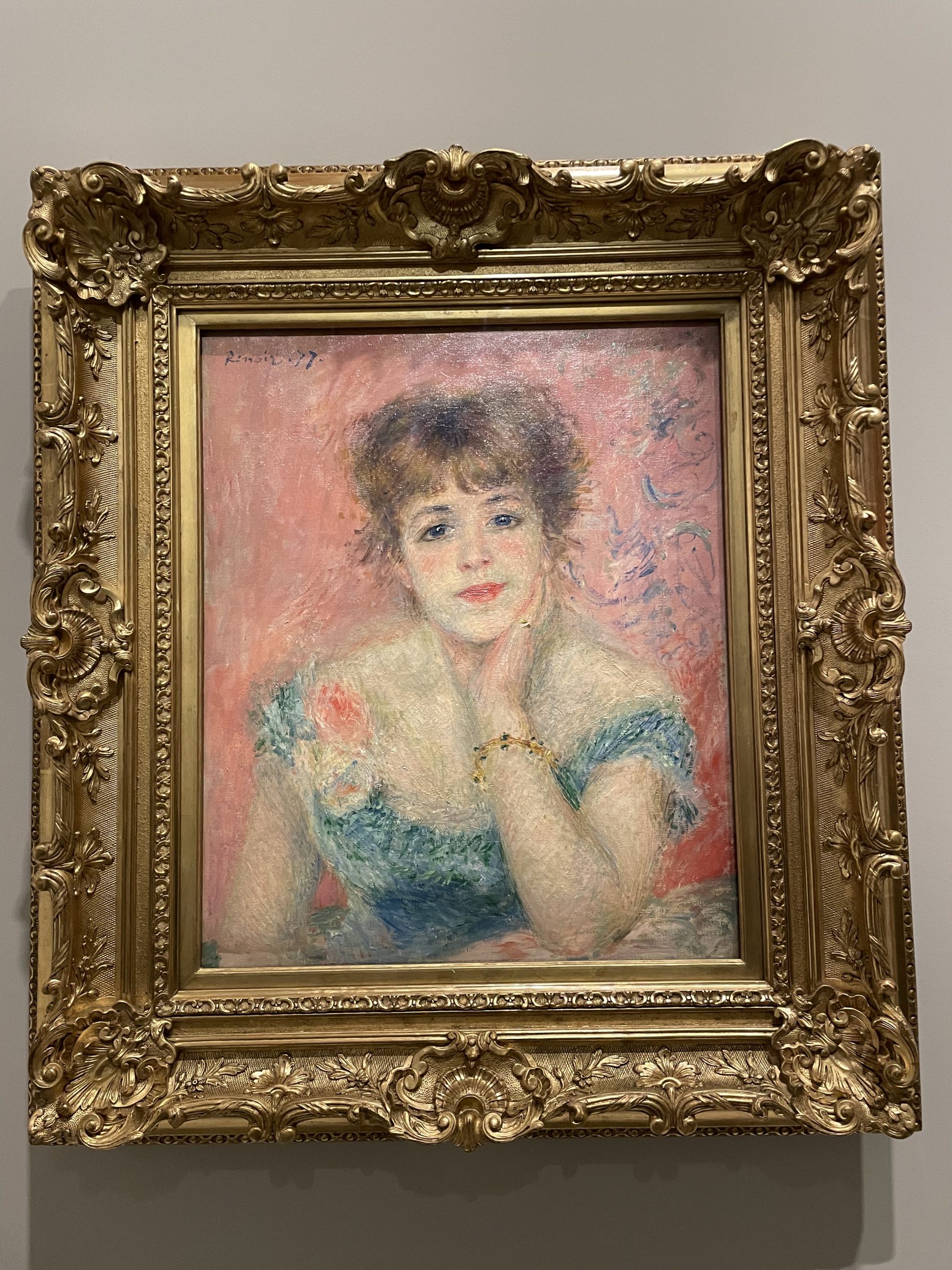 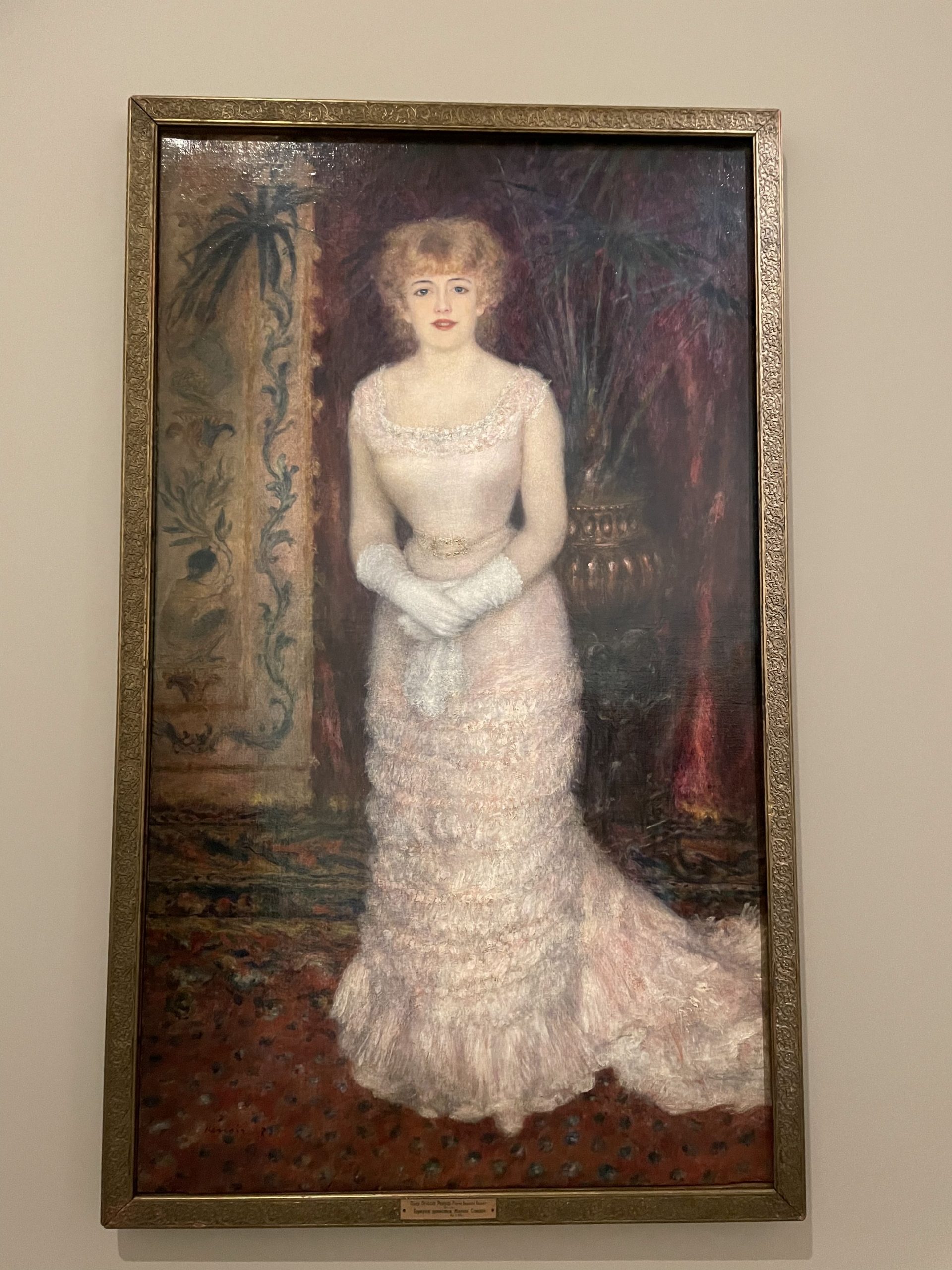 The first exhibition of Sergei Shchukin’s collection in 2016-2017, attracting a record 1.3 million visitors. Shchukin was a hereditary industrialist and owner of a textile empire. And the exhibition was proposed by his grandson André Marc Deloque Fourcaud and included 127 paintings including 54 Picasso and 30 Matisse amongst others. I will be sure to tell you about it in future posts.

Read and see lots of interesting facts and info about the paintings I want to highlight.

Ivan and Mikhail Morozov were the heirs of the textile empire, one of the biggest dynasties of Russian textile industrialists. Most of the collection consists of collections from the Pushkin Museum and the Tretyakov Gallery in Moscow and the Hermitage in St Petersburg, with the rest coming from private collections and public museums from around the world. 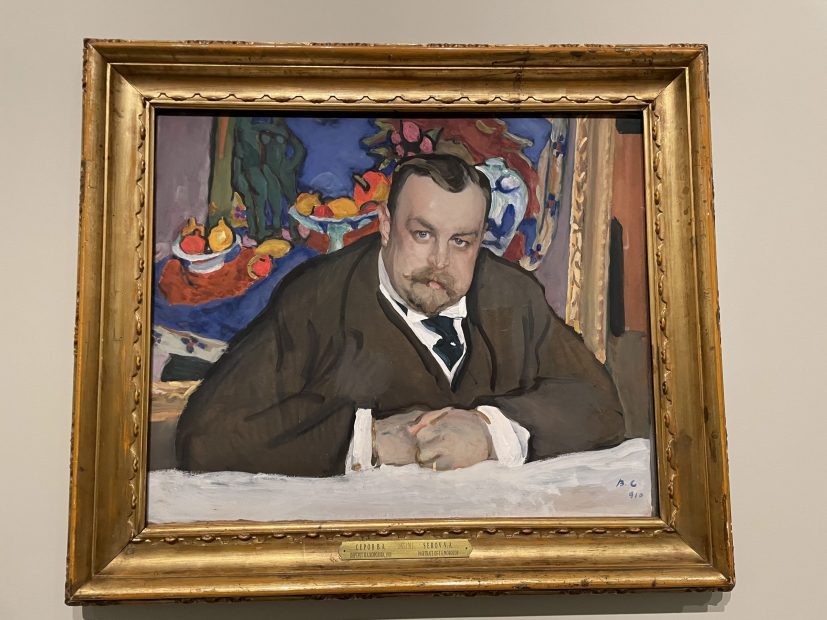 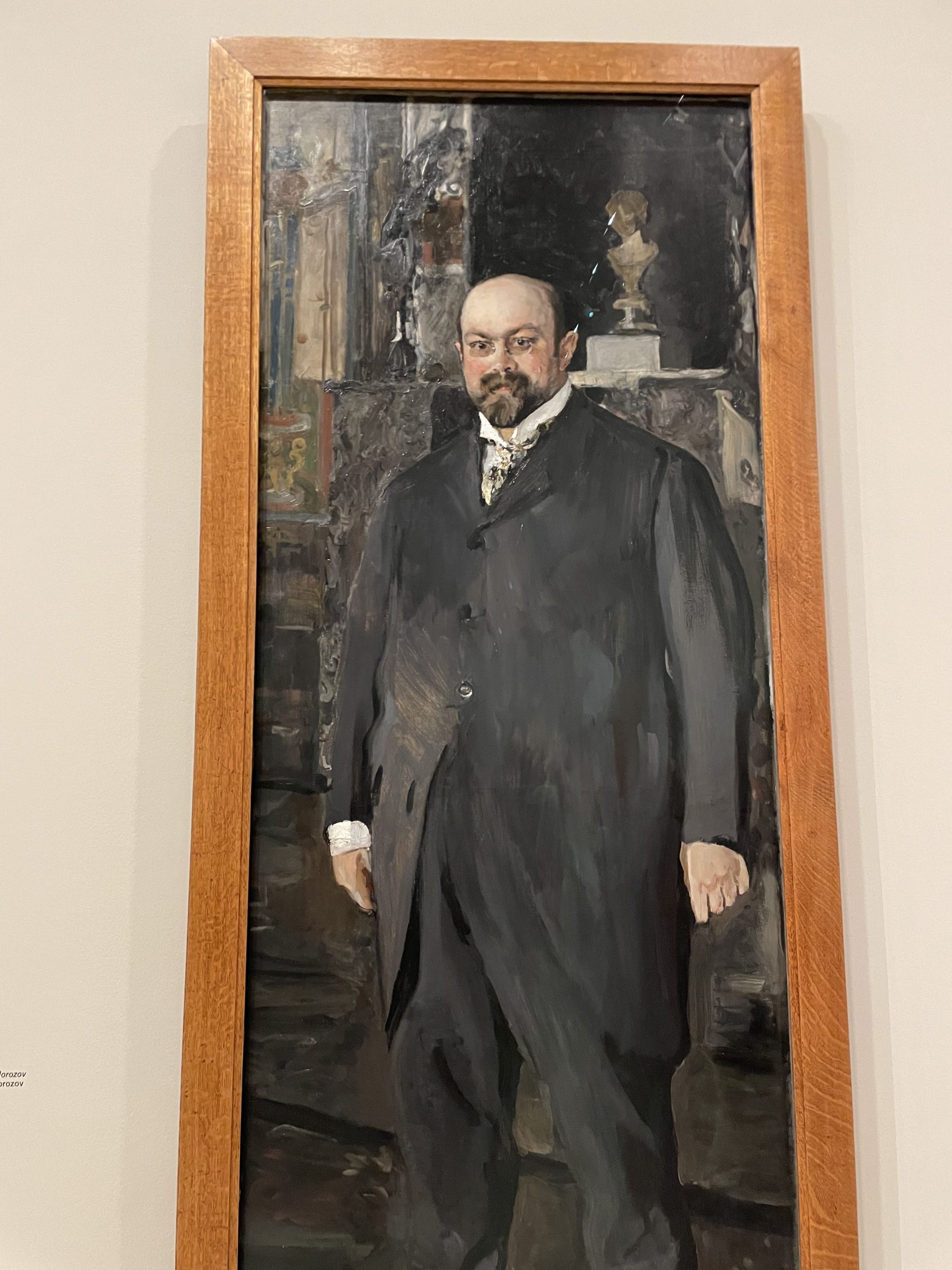 After the revolution and the First World War, the factories and the collection were nationalized, the houses were confiscated, and some of the paintings were sold, for example to the American billionaire Stefan Clark, then the administrator of the Metropolitan Museum of Art in New York. For example, Van Gogh’s Night Terrace Café, Paul Cézanne’s Madame Cézanne in the Conservatoire and Edgar Degas’ The Singer in Green. 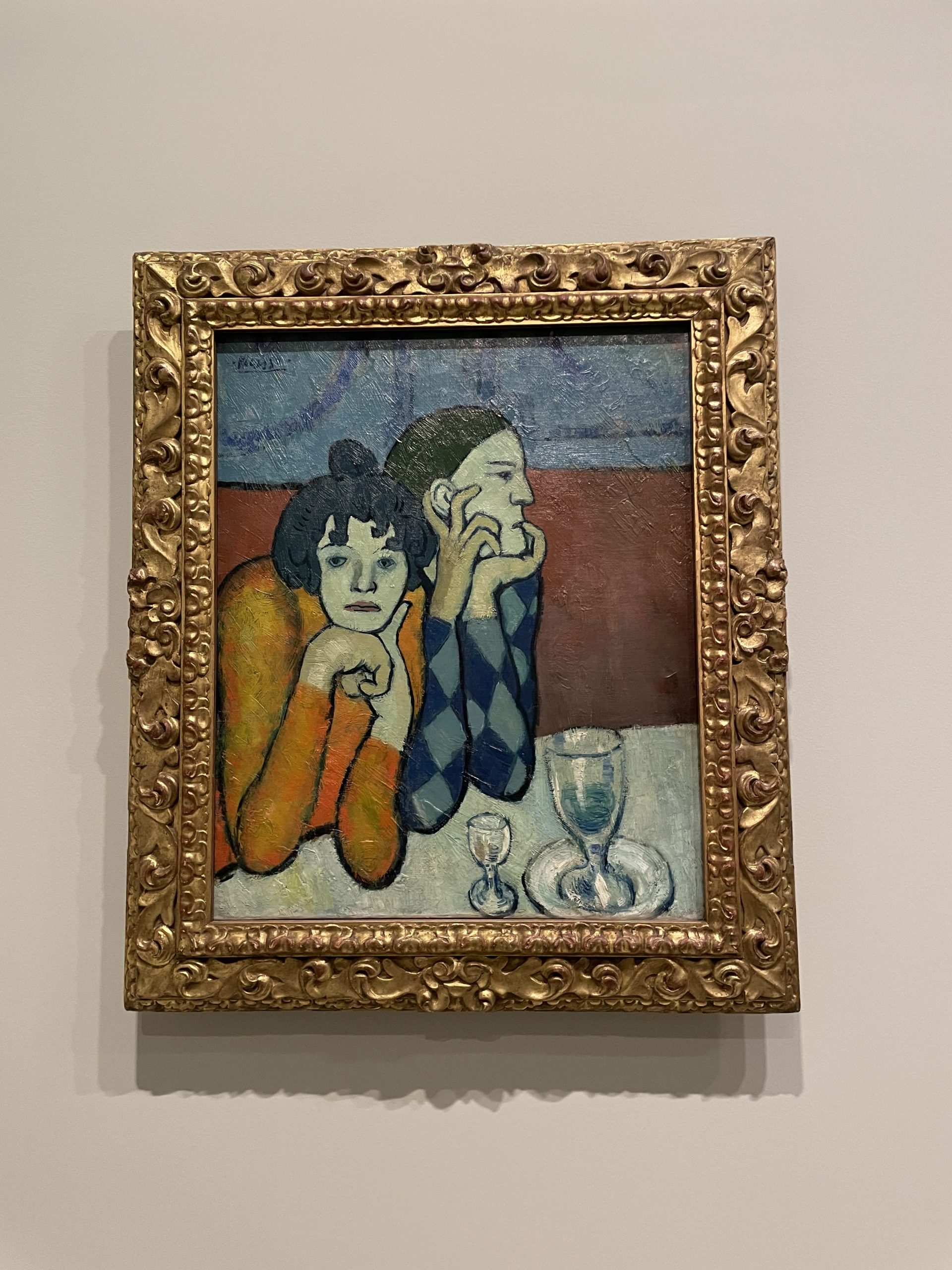 Picasso’s “Acrobat on a Balloon” was bought from the collection of Leo and Gertrude Stein. Gertrude is credited with coining the term “lost generation” and her flat was at the center of Paris’s artistic and literary life before the First World War and afterward 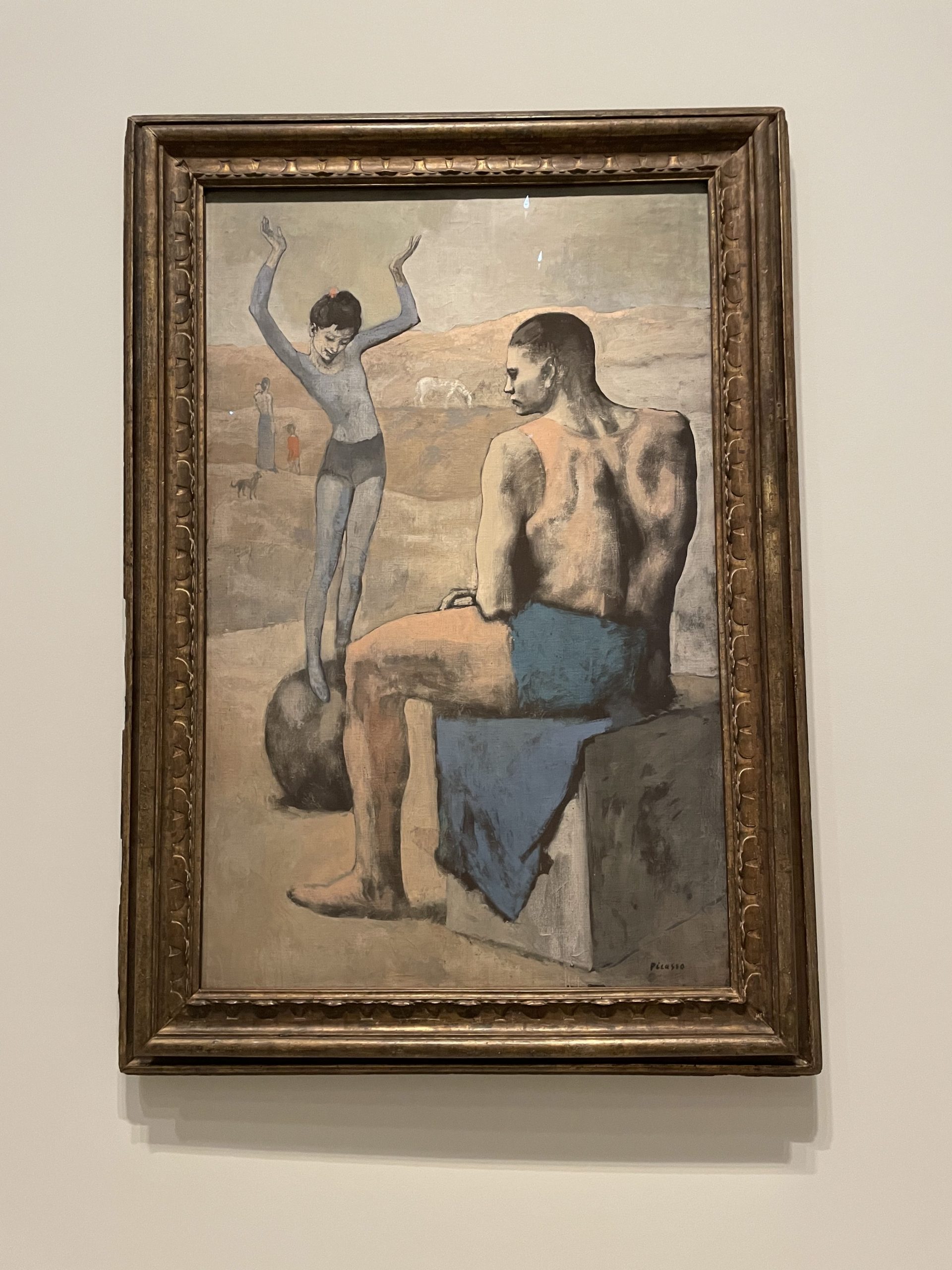 Ivan Morozov commissioned a series of panels by Maurice Denis, one of the founders of the group Nabi, for his music room 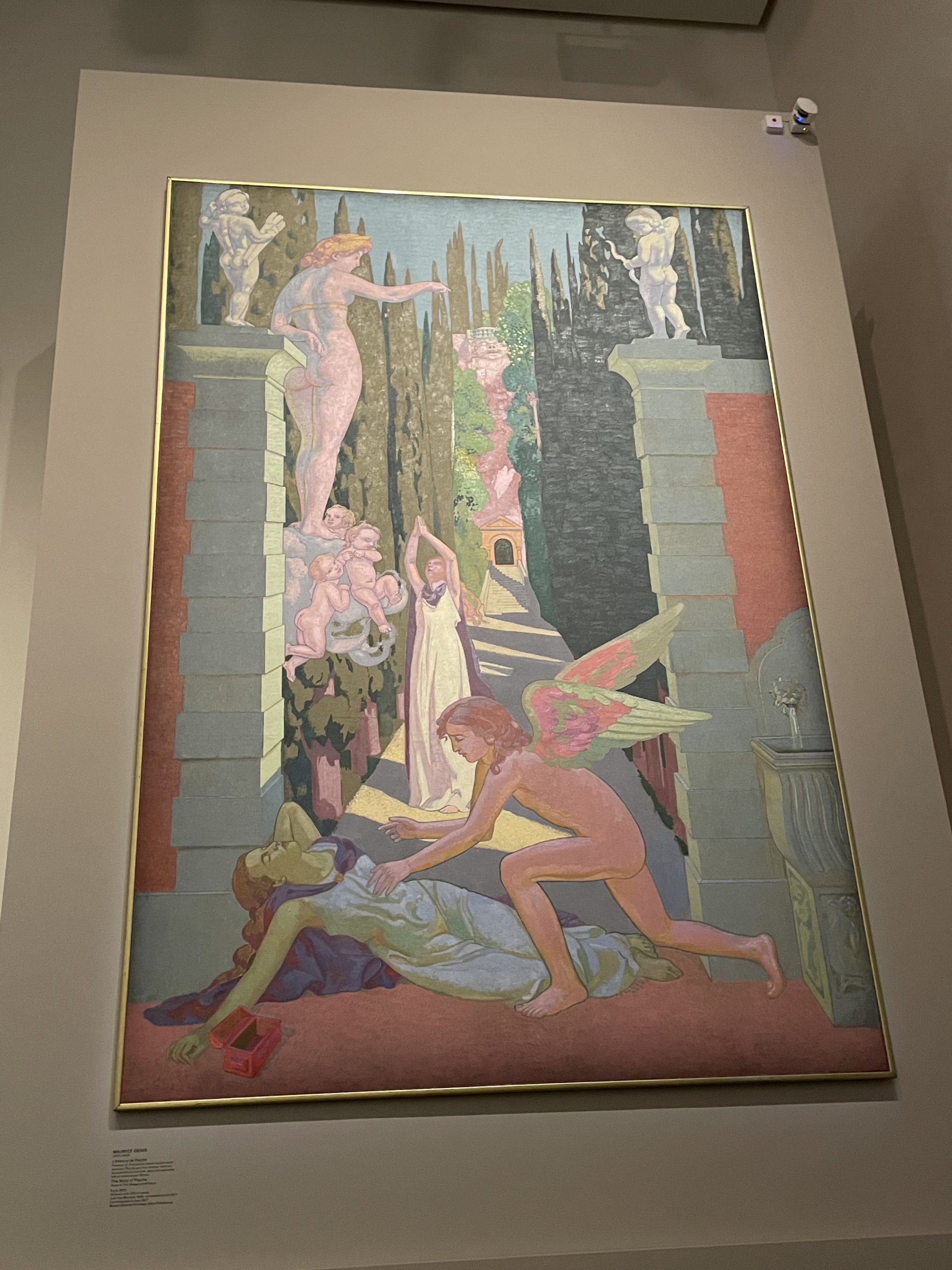 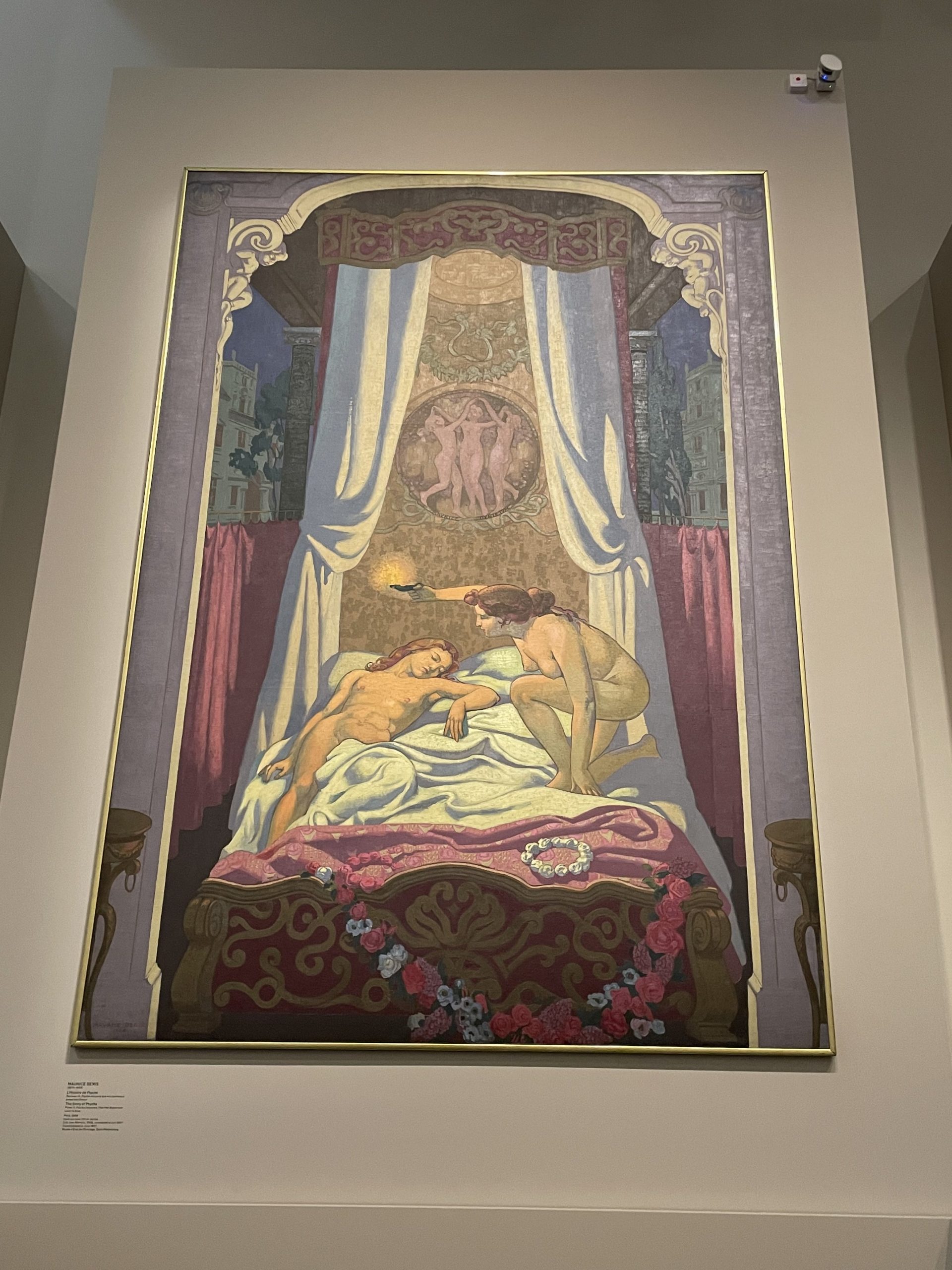 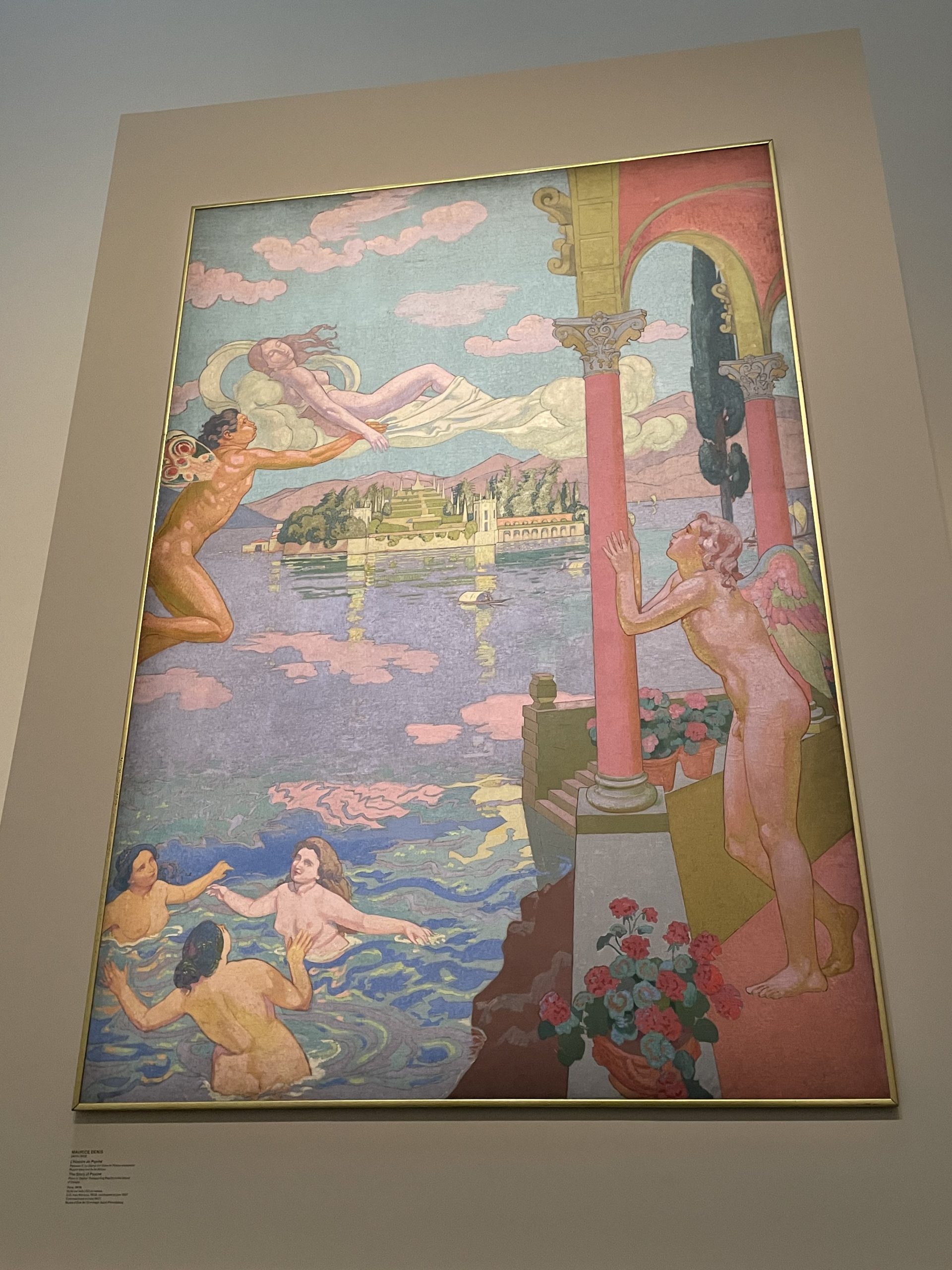 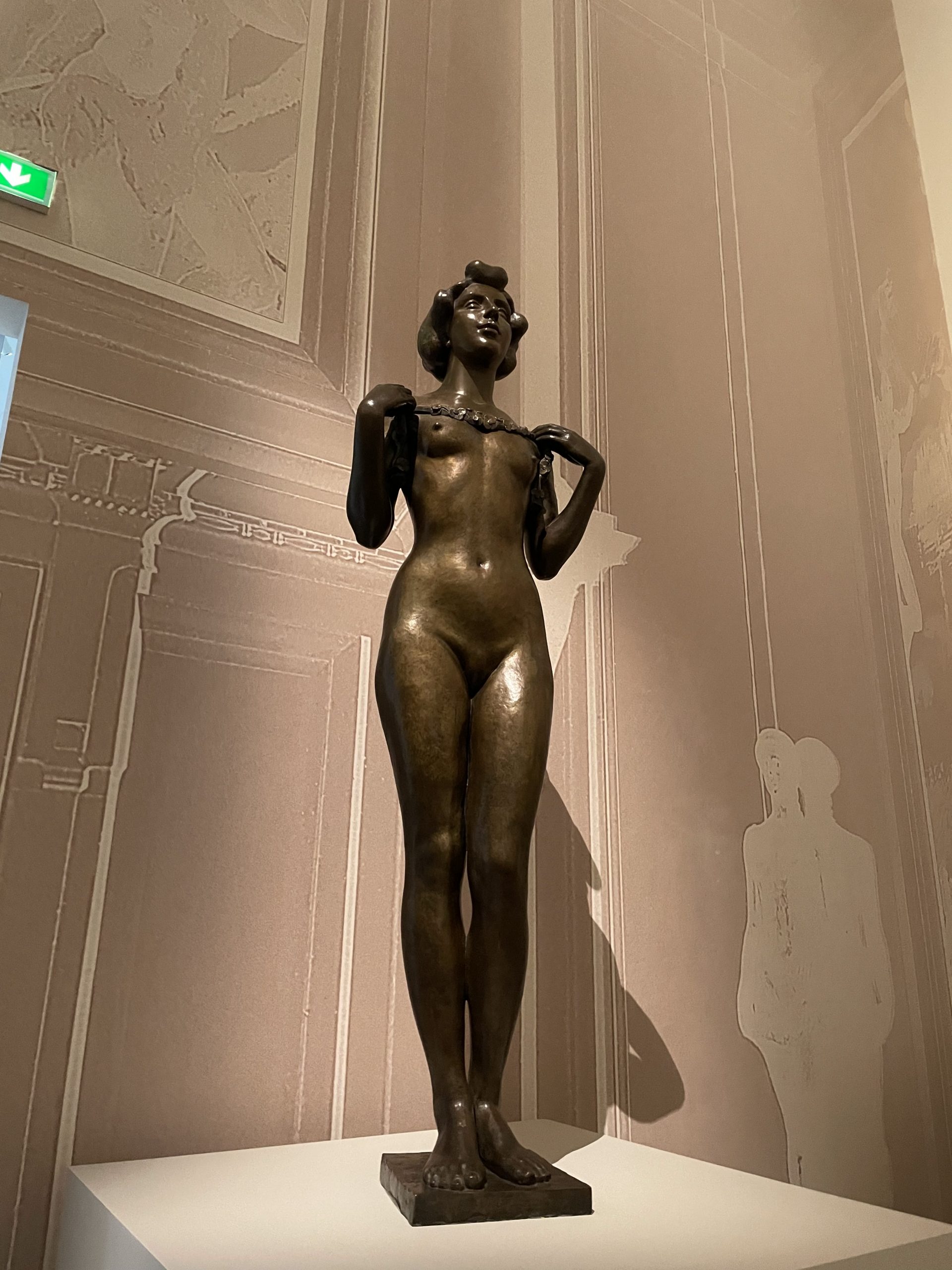 Paintings by Pierre Bonnard for the staircase hall 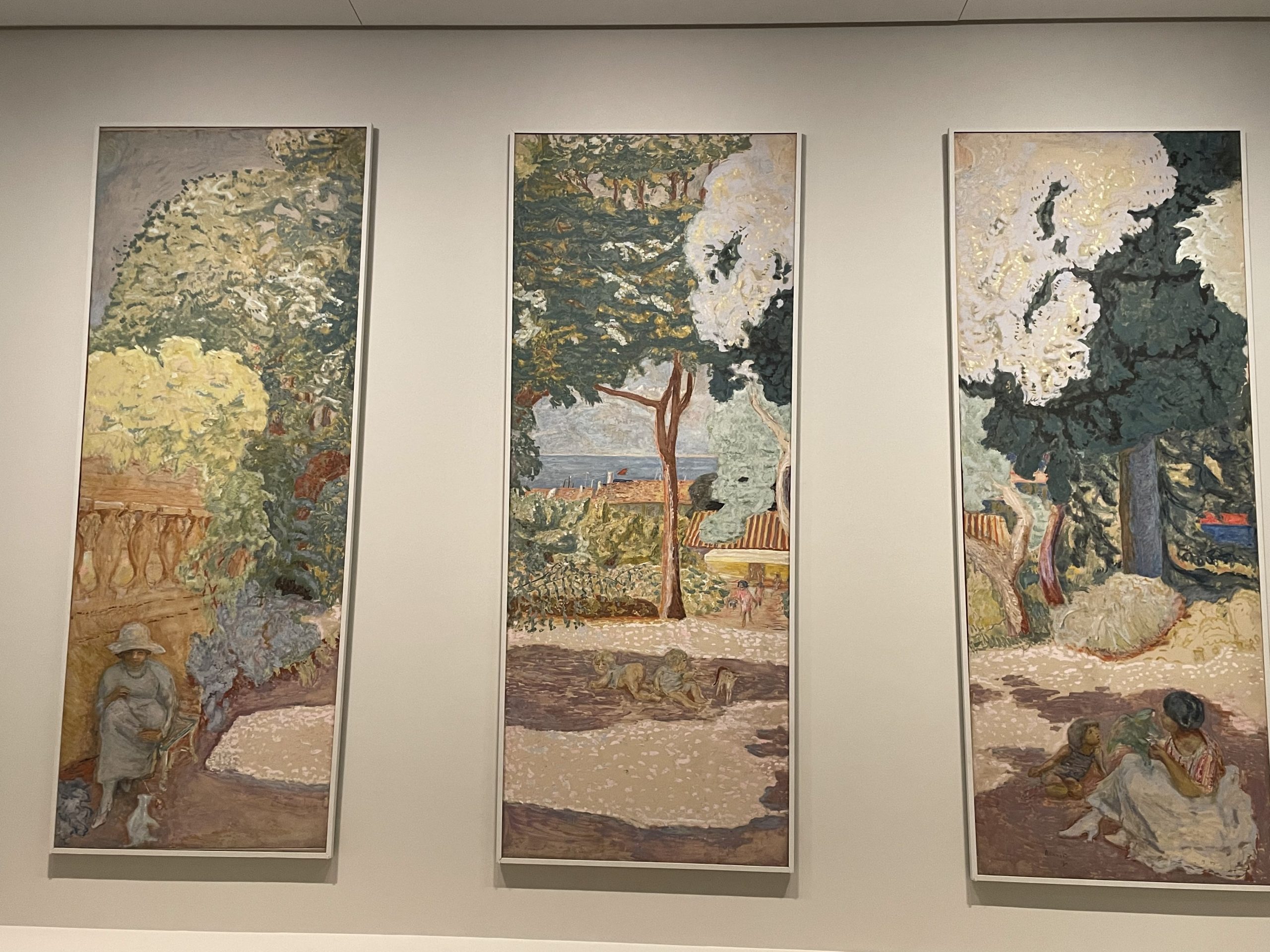 Floral paintings by Vrubel and Monet 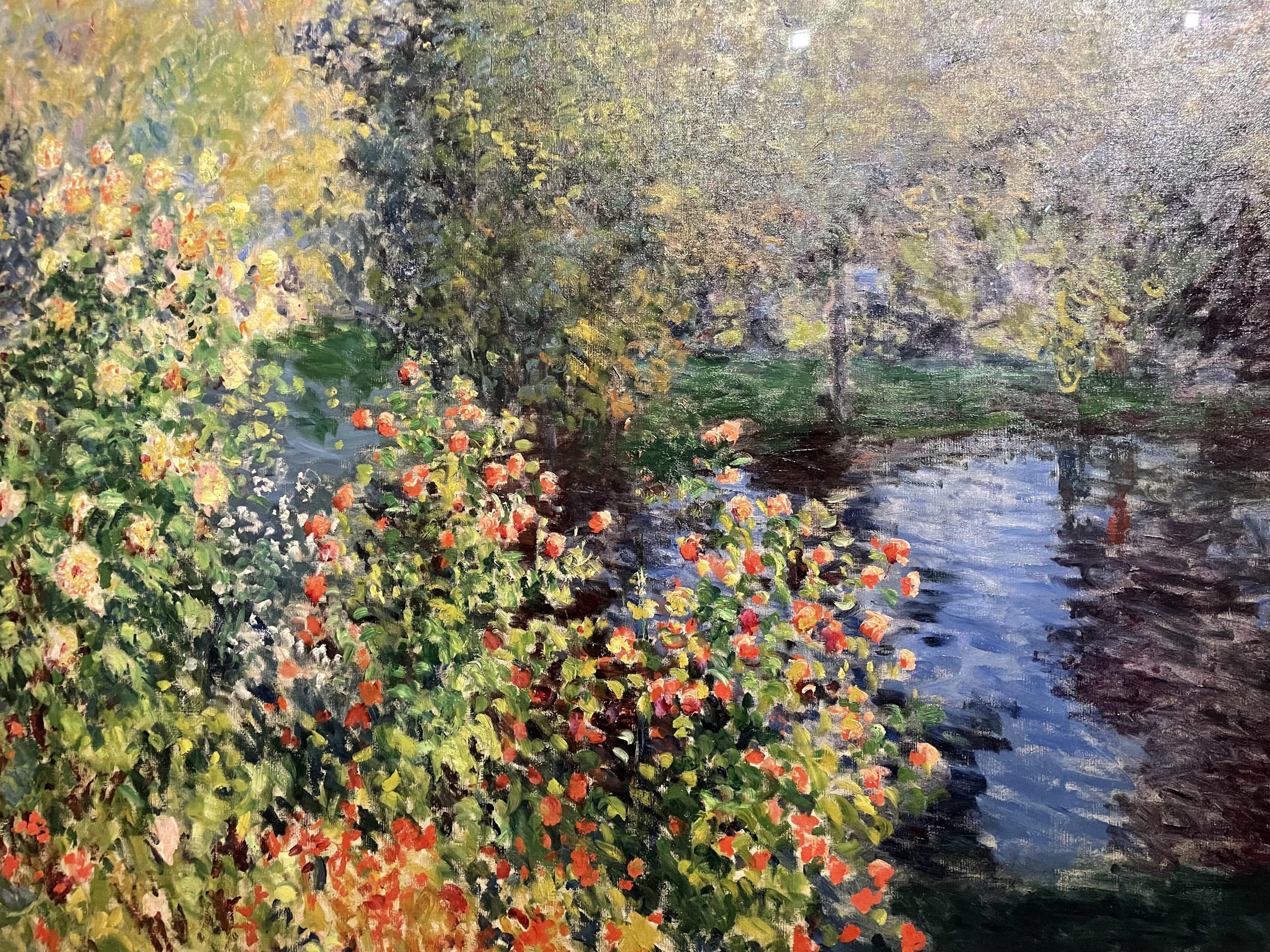 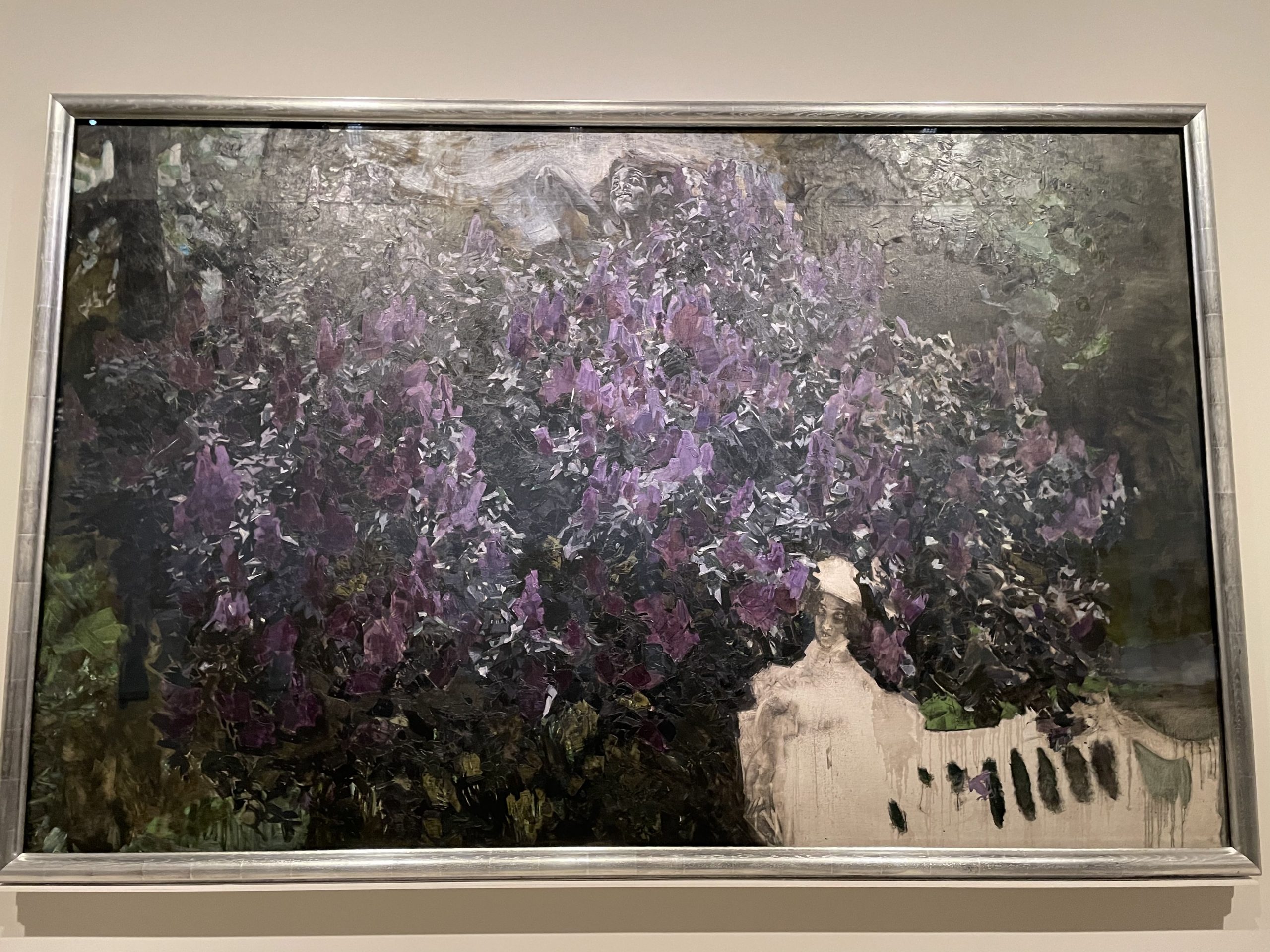 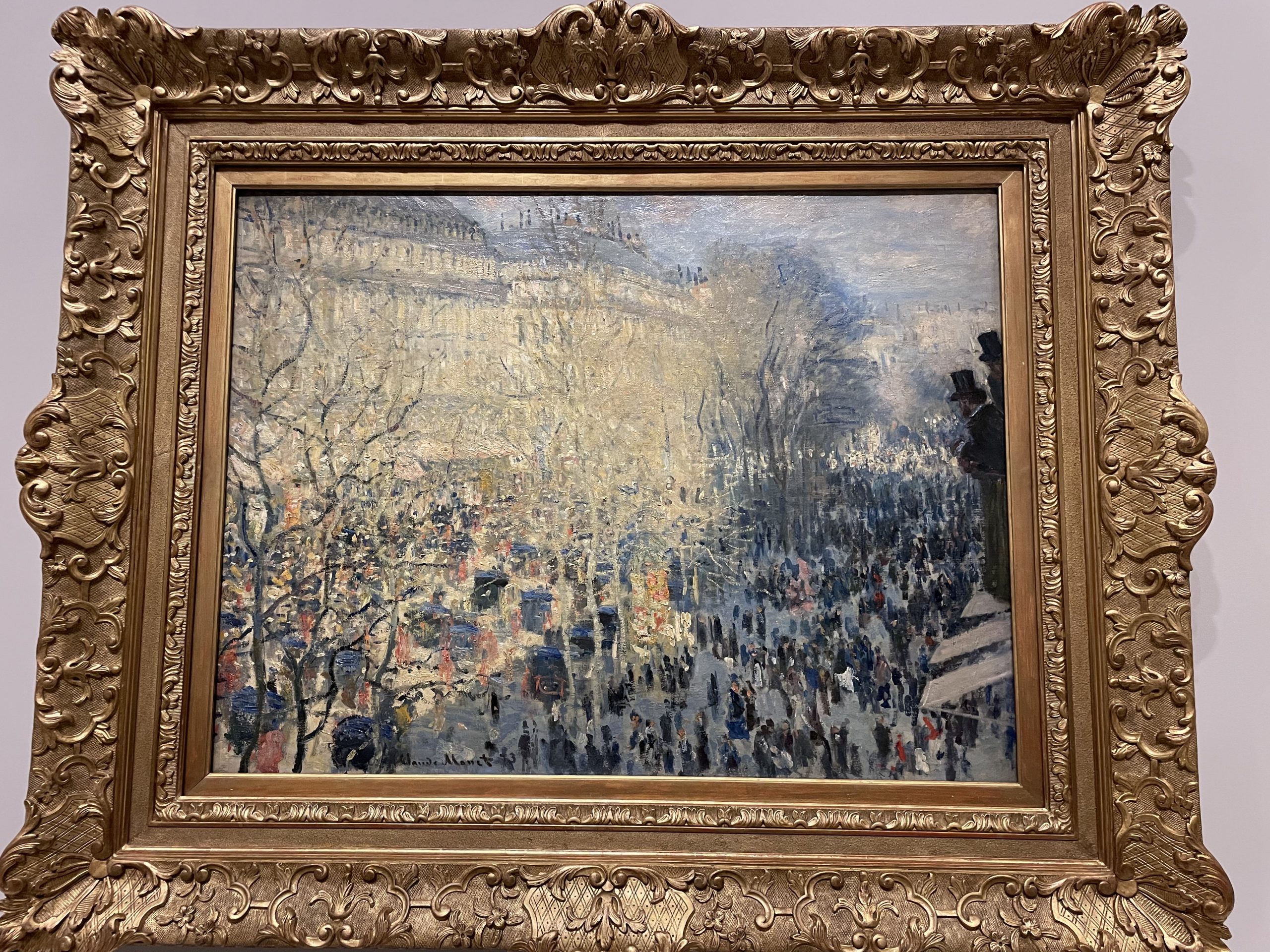 Gauguin’s painting “Woman Holding a Fetus”. Most in the collection were bought from Prince Wagram, grandson of Napoleonic wars Marshal Louis Alexandre Berthier 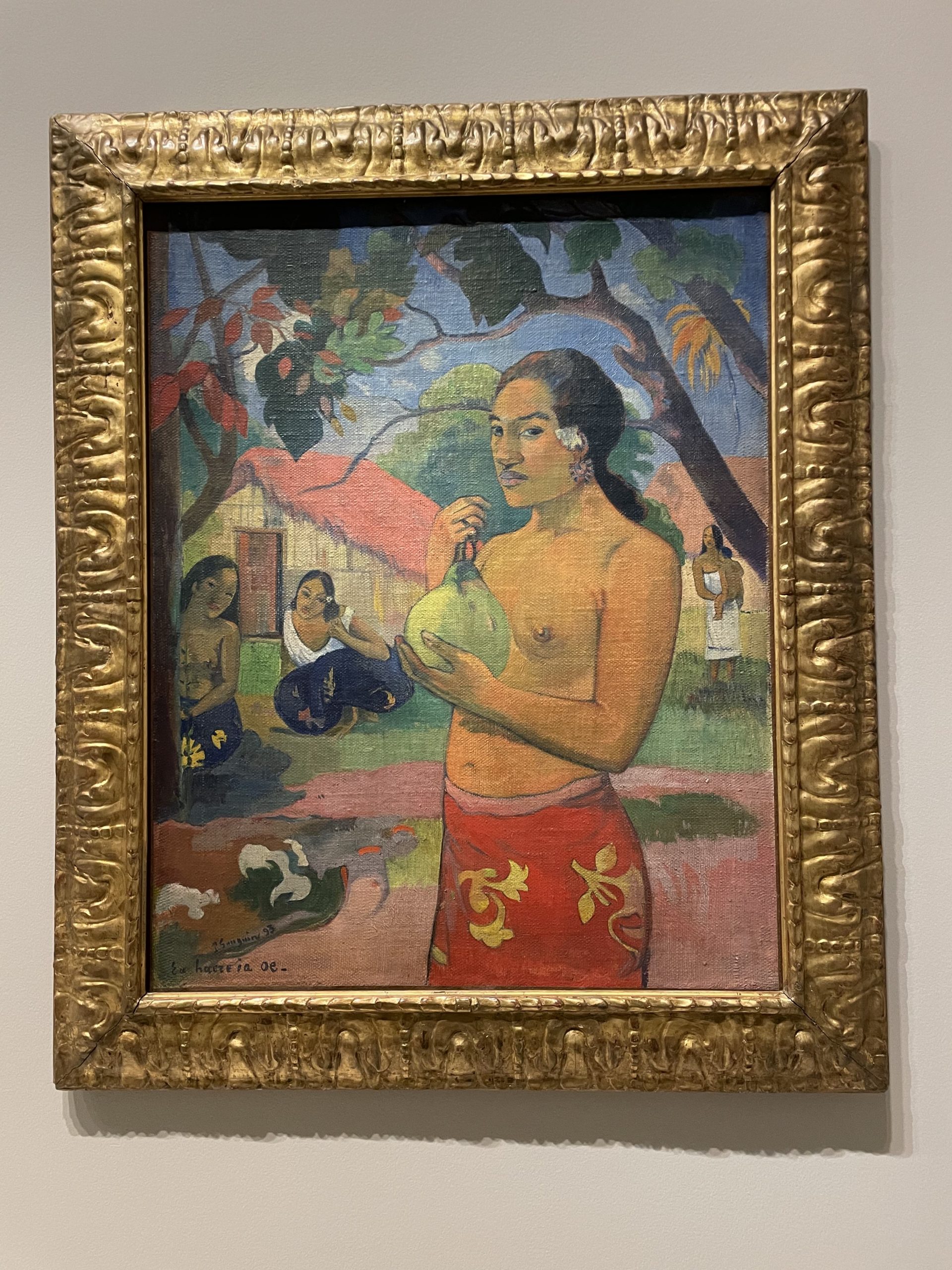 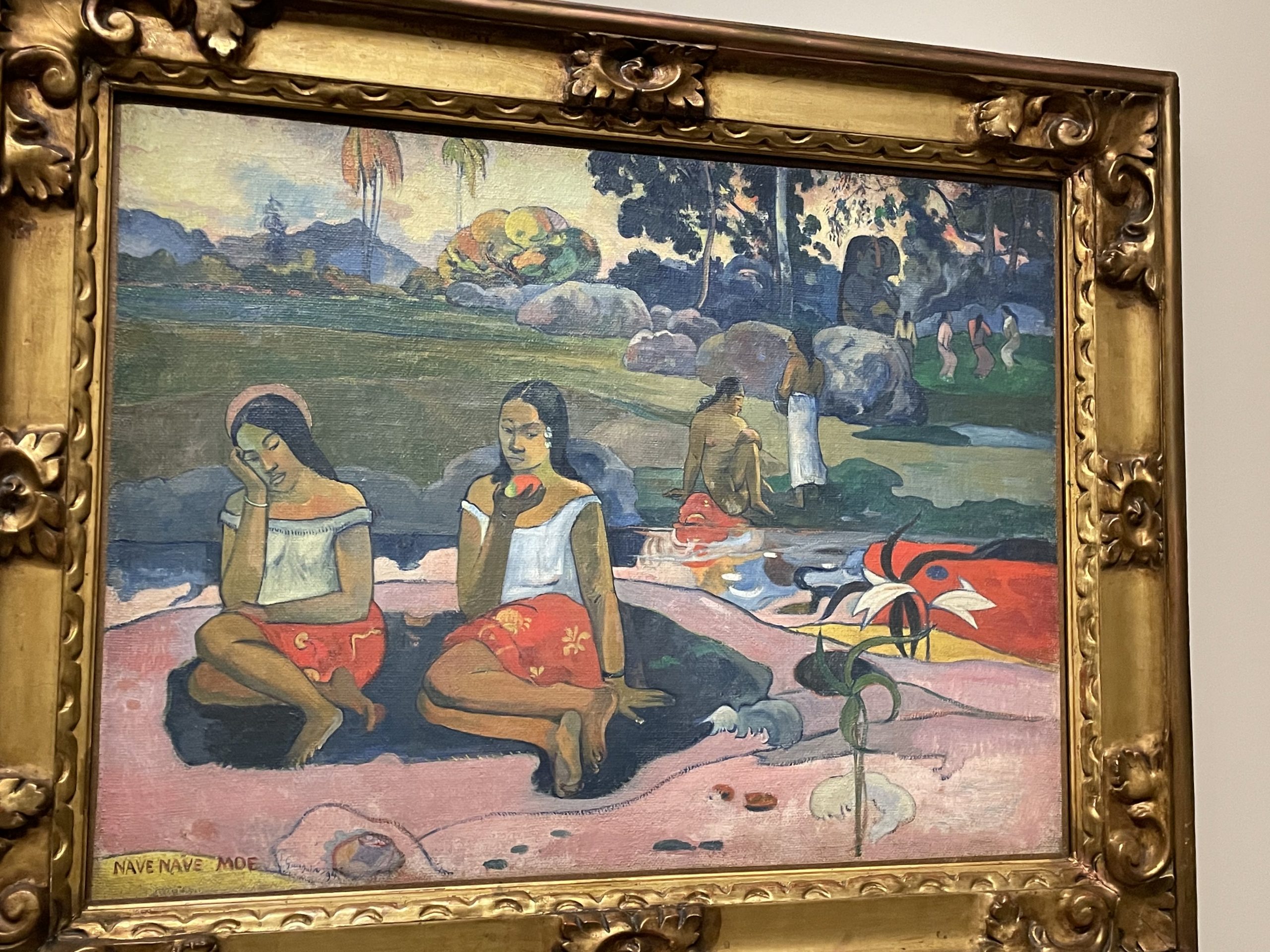 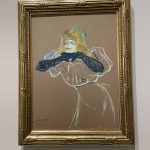 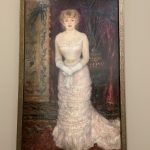 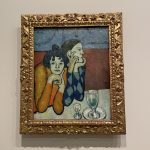 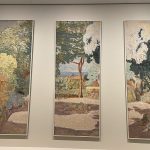 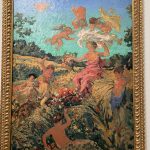 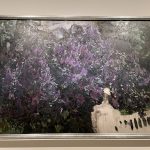 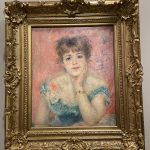 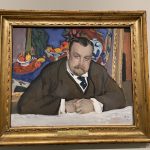