If you are in Paris or Normandy, don’t miss the chance to visit the village Giverny.

Why is it so special? Because it’s the village of the timeless charm where Claude Monet, the French painter, the one who revolutionized the art of the end of the 19th century and one of the founders of impressionism who lived and painted there for 43 years. Especially this village is an ideal destination for a spring weekend to enjoy the landscape with flowers and water gardens that inspired Monet. 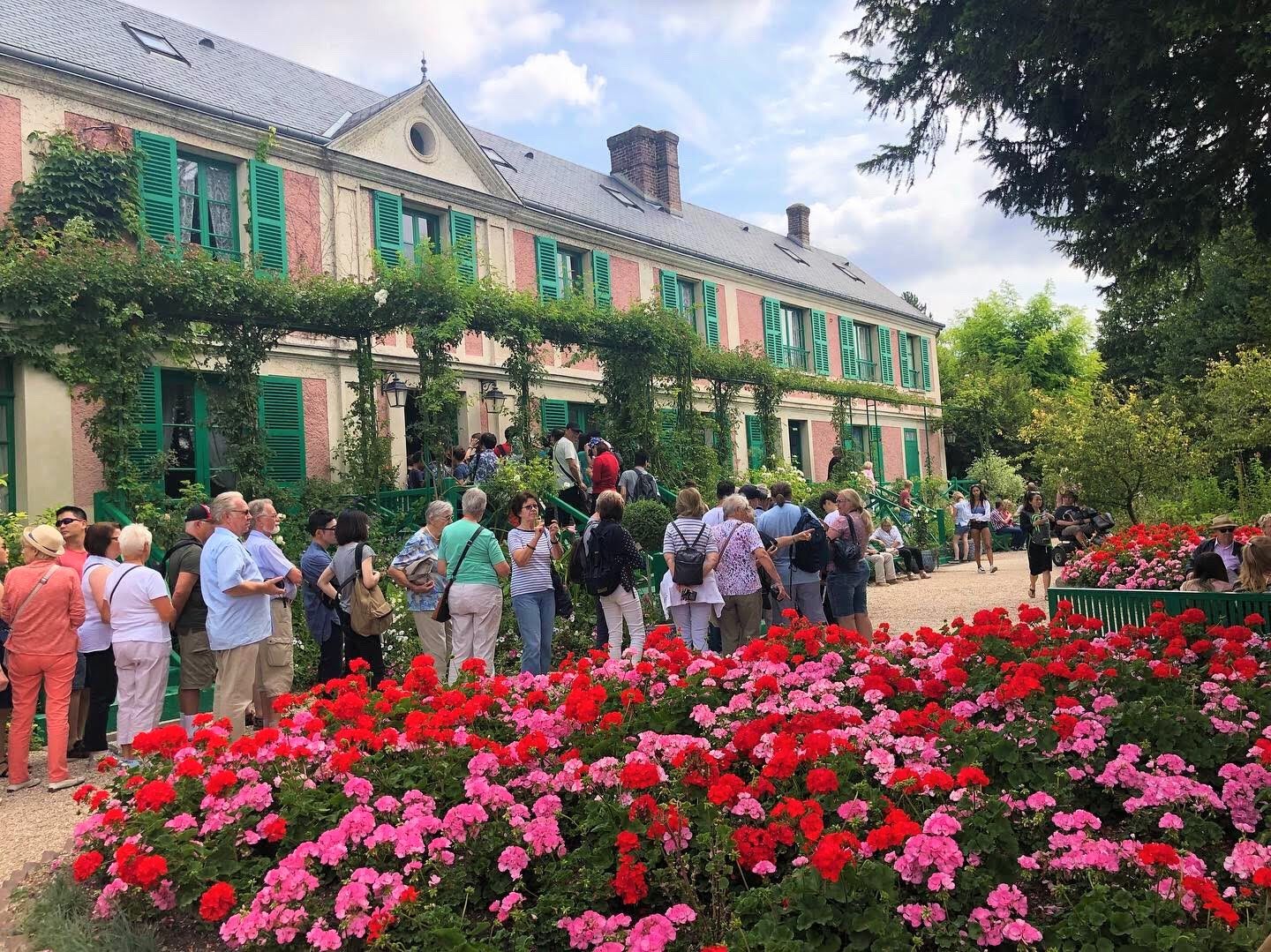 Why did he choose Giverny as his home? This village in Normandy drew his attention because of many reasons. Initially, because his childhood and youth passed in Le Havre, then he was inspired by the cliffs of the Etretat and fascinated by the Rouen Cathedral.  He had always been looking for a place So Giverny with the right combination of elements: water, fields, interesting effects of light. So that is why he chose Giverny. He started to rent this house in 1883 year and bought it along with the garden in 1893. Coincidentally, in 1893 Monet decided to improve the house on the year of the death of Edouard Manet, the artist who he infinitely respected and who was the part of the impressionist movement. Also, 1893 marked half of Monet’s life. At this time, he was 43 years old and this place became a haven for him. There he could finally settle after the years of wandering, non-recognition, rejection, and constant financial hardship. There he could forget the tiredness of Paris. There his career took a favorable turn – he came to enjoy all the comforts of life that had previously escaped him and finally, he was recognized as one of the major painters of his time and could live in a phase of his life as the grandest alive living artist.

After 1895, Monet’s reputation made Giverny an international art center and place to visit for many people. Among them a lot of artists, for example, Matisse, Cezanne, Renoir, and Pissarro.

Giverny was Monet’s piece of art, the “open-air museum of impressionism”. He molded nature to his vision and fused them both in art.

Monet’s legacy consists of his house which he improved and made it bigger and two distinctive garden – flower and water gardens which inspired him for so many wonderful paintings.

Every corner here amazes with a combination of shades and a play of light.

The rooms inside the house are painted in different colors, restored the same way as they were during Monet’s life. It is full of reproductions of his paintings and on the walls of many rooms, there is still a precious collection of authentic Japanese prints assembled by Monet himself. The dining room captivates by its dominant yellow while the kitchen, covered with Rouen tiles, set on vibrant blue. Bedrooms and his study are also open for public visits.

In front of the house is Le Clos Normand – a rectangular garden of constantly blooming and changing palette of flowers. A bit further from the house is Jardin d’eau – the water garden with the famous water lilies and Japanese bridge.

In the beginning, Monet cultivated his flower garden only with the help of his family. However, as soon as he became wealthier, the garden became even more elaborated and he hired a gardener and some assistants to look after it. The garden by the house is a stunning beauty with its profusion, variety of flowers, and color combinations. It was the reflection of the French gardening fashion of that period.

Later on, he bought a piece of meadowland where he excavated a pond and build a Japanese bridge. The water garden was inspired by Oriental traditions and is a real jewel of heaven and water. There were specific selections of trees and plants he added willows, irises, Japanese cherries, gingkos, and other trees. Finally, he planted nympheas or waterlilies which became the central focus of Monet’s life. One gardener was assigned to the water garden alone.

Monet ordered a lot of his plants by mail, often from abroad.  His friends also brought him plants as a gift. He was passionate about plants, maintains his garden, and enhances it until his death in December 1926.

After he died in 1926 the house and gardens belonged to his son Michel. However, Blanche Hoschedé Monet’s daughter-in-law looked after the property. Unfortunately, after the second world war, the garden and the house were abandoned. Only in

1966 Michel Monet bequeathed the property to the Academy of Fine Arts. Thanks to generous donations everything was restored and has been open to the public since September 1980.

The Claude Monet Foundation is the second most visited tourist attraction in Normandy after Mont Saint-Michel. 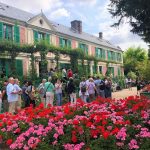 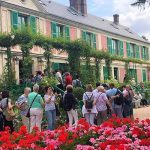